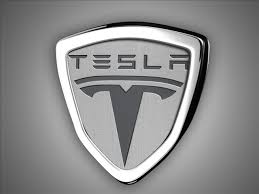 This week's profile in corporate bravery is Elon Musk of Tesla motors.  If you haven't heard of him by now you must be living under a rock.  He is an eccentric innovator - most recently making headlines for his hyperloop idea and also known for his space company and his intergalactic aspirations.  I know, it sounds a bit like Sheldon from the Big Bang Theory but instead he is a billionaire with a really good business strategy in the automotive space.

Tesla has been on a roll recently and the stock price and media coverage have followed.  Including the basis for this post - the recent BusinessWeek article on Tesla entitled "Why Everybody Loves Tesla".
I am not going to focus on why everybody loves them though and instead focus on all the 'brave' things they are doing as a business - led by Elon who dares to do things differently.  To underscore this philosophy the article includes this quote from Consumer Reports after giving their Model S a 99 out of 100 rating:

Tesla's business strategy has focused on all the things that prevent people from buying not only a new car but also an electric car including:


"Higher-end versions of the Model S can go up to 300 miles on a charge, which has helped separate Tesla from rival vehicles such as the Nissan Leaf, which run about 75 miles before needing more juice. Musk has hinted that Tesla has a 500-mile battery pack in the works. At the company’s solar-powered Supercharger stations, Tesla owners can replenish about 200 miles of range in 20 minutes for free. (Most electric cars take hours to recharge.) Or customers can opt for the battery swap, which will cost about what they’d pay for a tank of gas, and be back on the road in 90 seconds."

"Even the flaws of the Model S seem to resonate with geeks. Early versions of the outside handles malfunctioned—they sometimes wouldn’t extend out of the door—and the windshield wipers seemed to have a mind of their own. Tesla fixed those and other problems with a software upgrade delivered via the car’s high-speed wireless connection. An engineering leader at Ford says he’s envious of what Tesla has achieved by starting from scratch and interweaving software on the touchscreen with the vehicle’s internal systems. “The level of integration that the software has into the rest of the Model S is really impressive,” he says."

"Unlike every other major car company, Tesla has also kept its retail business in-house. It’s trying the Apple model of placing its own stores in high-end malls and shopping centers instead of relying on dealer franchises. Salespeople, who don’t receive commissions, help buyers configure their cars on giant touch screens."

These are all ways that Tesla didn't listen to conventional wisdom; they weren't afraid of perceived advantages that the large, legacy car makers had and they weren't afraid of challenges they would encounter from various stakeholders that would have their very business models disrupted.  As the BusinessWeek article points out they will continue to see challenges but it isn't likely to stop them from continuing to push a business model that they believe is likely to be successful in the long-term.


There’s also the possibility that Tesla is overdoing it with the high-tech whiz-bang. The 17-inch touchscreen, for example, is equipped with a Web browser. Distracted driving laws vary by state, but obviously no one behind the wheel should type out Internet searches in a moving vehicle. There’s no stopping determined drivers from trying. Tesla’s in-car technology “is almost too good,” says Munley. “Detroit is leery about it, and would never go that way for fear of safety and lawsuits. We’re all waiting to see if there are accidents.” Meanwhile, car dealers around the country see Tesla’s direct-to-consumer sales as a violation of laws that separate car manufacturing from selling, and are engaged in a statehouse-by-statehouse lobbying effort to block the company from opening its own stores.