Amazon's Use of Fear

A recent issue of BusinessWeek had a cover story on Jeff Bezos of Amazon.  The article is actually an excerpt of a book on Bezos by BusinessWeek author, Brad Stone.  In addition to being a good historical account of the rise of the company that may actually give Walmart a run for its money it also had a feel good moment by finding Jeff's biological dad and starting the process of reuniting the two men.

While there were a lot of interesting tidbits in the article the thing I found most interesting was Amazon's use (it appears driven by Bezos) of fear as a competitive weapon.

As I read the article I see 4 ways that Amazon uses fear and each are outlined below:

1. Much was made early in the article about the general communications protocol within Amazon.  In addition to the discussion of the infamous position papers that each meeting is required to begin with, is how the CEO's '?' email.  While the intent of the emails are rooted in a relentless drive for customer satisfaction, it appears to have fear-based consequences.  I have been on the receiving end of these types of communications and I am sure if CEOs knew the type & extent of hand-wringing that go on around these types of communication they would think twice before sending.  From the article:


When Amazon employees get a Bezos question mark e-mail, they react as though they’ve discovered a ticking bomb. They’ve typically got a few hours to solve whatever issue the CEO has flagged and prepare a thorough explanation for how it occurred, a response that will be reviewed by a succession of managers before the answer is presented to Bezos himself.


2. Amazon's response to the competition is an area that isn't exactly driven by fear or hoping to capitalize on fear but it is worth noting their approach.  The article focuses on an internal team at Amazon known as the Competitive Intelligence Team.  It is a novel approach of focused, dedicated resources monitoring the activities of the competition.  It is smart to monitor what the competition is doing as long as you can maintain your corporate identity and not just react out of fear.  It appears Amazon understands this balance and the article describes the team as:


focused in part on buying large volumes of merchandise from other online retailers and measuring the quality and speed of their services—how easy it is to buy, how fast the shipping is, and so forth. The mandate is to investigate whether any rival is doing a better job than Amazon and then present the data to a committee of Bezos and other senior executives, who ensure that the company addresses any emerging threat and catches up quickly.

3. The response to the results of this team is where Amazon begins to use fear as a competitive weapon.  The example that BusinessWeek gives is of Diapers.com.  Amazon noticed that they were having a hard time competing with Diapers.com in this particular segment so they pressured and coerced the ownership of Diapers.com to sell to them at $60 million less than what Wal-mart was willing to offer.  The quote from the owners was the following


The [Diapers.com] board convened to discuss the possibility of letting the Amazon deal expire and then resuming negotiations with Wal-Mart. But by then, Bezos’s Khrushchev-like willingness to use the thermonuclear option had had its intended effect. The [Diapers.com] executives stuck with Amazon, largely out of fear. The deal was announced on Nov. 8, 2010.


Even leaving Amazon can be a combative process—the company is not above sending letters threatening legal action if an employee takes a similar job at a competitor. Masud, who left Amazon for EBay (EBAY) in 2010, received such a threat. (EBay resolved the matter privately.)


Posted by Darrin Murriner No comments:

If you are like me you probably thought Cinnabon was sleepy little chain of mall stores that was tethered to the retailing past but recent articles I read have completely changed my impression of Cinnabon.  It doesn't hurt that its CEO is a great story and a good example of corporate bravery.

Part of this change of mind is because of Cinnabon's Kat Cole.  She has a really cool history which you can read more about in this Entrepreneur article.  She has been active on Twitter and engages customers regularly and has a good grasp on who Cinnabon is and its customers and has a business plan to provide even more for its customers.

I recently read this Q and A in Restaurant News entitled "Cinnabon's President Outlines Growth Strategy" that gives a couple of great insights into how they have resisted allowing fear lead their decision making in two important areas - product innovation and media or public relations.

One of the key areas for growth for Cinnabon is licensing arrangements with consumer brands.  They have 72 such arrangements including Kellogg cereals, Pillsbury, and International Delights to name a few.  Creating partnerships with that many companies for that many consumer products comes with a lot of risks and many brands would never dream of possibly diluting their brand positioning in that way but Kat has some thoughts on that indicating they are not afraid to make a few mistakes and have made smart decisions to limit the possible downsides:


Some people ask questions about all the licensing and co-branding, and certainly we’re not perfect; we’ve made our mistakes. But we’ve had more wins than we have losses, and one of the things we’ve learned is that as long as we pick a partner that is typically No. 1 or No. 2 in their space, and they have the demonstrated ability to deliver a quality that exceeds consumers’ expectations of their product and meets consumers’ expectations of our brand, then it’s a smart move. 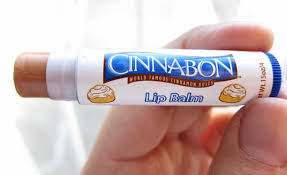 The other big question that continues to come up with Cinnabon is the current climate around products with so many calories and the growing concerns around what are called 'indulgent brands' and their impact on waistlines in American culture.  I like how she doesn't shy away from the identity of the brand.  She knows exactly what the brand communicates and doesn't dance around the company's identity:

What’s the future of indulgent brands? How do you justify a brand that’s so indulgent? And I say, look, first of all, we have to have a few agreements. One is that people are going to want to treat themselves. I think most people would agree, whether it’s with burgers and fries or cocktails or doughnuts or whatever it is. The next is that they’re going to want to do that with sweet things. And if you can agree on that, then that says that there’s a place in the market for indulgent brands — ice cream, cookies, cinnamon rolls, whatever it is. That has not changed, actually. Despite all the health trends, we have just had three of the best comp sales years we have had in a decade. Lots of people are buying cinnamon rolls, worldwide. However, what’s changed is they demand higher quality for that indulgence. And of course they want more flexibility in portion size.

She continues on to respond to a common thought process for those critical of indulgent brands:

We have tested whole grain, and you know what? A couple of people think it’s a good idea. A couple, but not enough to make an additional whole product innovation worth it.

You may have heard about the recent fire in a Tesla Model S.  While a car fire should not be a market moving occurrence, this one had a little more meaning.

Tesla has been on a roll lately both in the stock market and in the court of public opinion with the very successful launch of its Model S exceeding sales expectations and the future looking bright for the company as it tries to introduce new lower priced models that can be produced on a more massive scale.  However, the lingering question about the Tesla engineering has been the battery pack and what safety issues may be caused by a battery pack exploding.

This past week we finally found out and within minutes of the story hitting the wire (the embedded video has 3 million views and there are others with a simple Youtube search with similar view numbers) the stock plummeted losing over 10% of its value within a matter of a couple days.  The cry starting to build quickly towards a media statement on the accident but nothing came from Elon swift enough for those in the market and the stock continued to sink.

Then on Friday Elon broke the silence with a master stroke of genius regarding the incident.  He released a blog post detailing the accident along with the emergency response.  You can read the full response at this link but a few key aspects of the response:

1. Elon highlighted the safety features - onboard alert system directing the driver and occupants to exit the car and the firewalls between battery packs preventing the fire from reaching the cabin of the car.
2. Quarter inch armor plating around the battery pack compared to a thin metal sheet protecting the gas tank in a conventional automobile.
3. He contrasted the stats so far with that of a typical combustion engine with a conclusion that is 5 times safer in a Tesla than a typical gasoline powered engine.
4. Provided a copy of the email exchange with the customer where they reinforced that they were very pleased with how everything performed and that they were even more sold on the product

While there was a pressure to rush out a response (even highlighted by the Forbes article linked) to attempt to stem the tide of fear that was building around the company and its engineering they were methodical in gathering all the facts even if it took extra time.  They created a clear, detailed description which added credibility to the message, and then turned a potential negative into a massive selling opportunity by contrasting it with the competition - the traditional automobile.

In full disclosure I just purchased less than 100 shares of Tesla on Monday, but this has been a perfect example of a brave and courageous media response in a situation where fear could have dictated a rushed and inadequate response that would have only created more questions.  It came at a cost as the shares (as of this writing) have not recovered their pre-accident price but they have a long-term perspective not driven by the very fickle short-term whims of the market.
Posted by Darrin Murriner No comments: