Apple Pay - A Lesson in Disruption

While Apple's recent roll-out of the iPhone 6 and 6+ garnered headlines for the latest iteration of its popular product - it was a software feature that may end up being the real disruptive force behind the most recent product iteration. 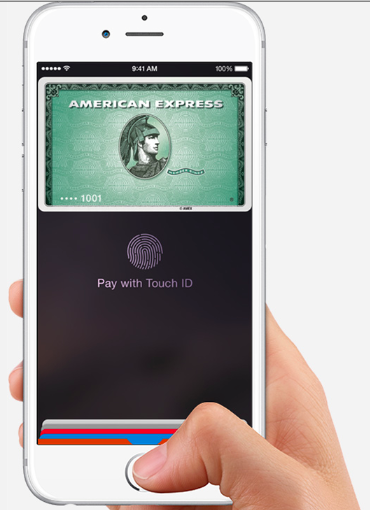 Apple Pay leverages the features of the iPhone, namely the Touch ID button that unlocks the phone, along with a new communications format called Near Field Communication or NFC to securely transmit payment information in a way that should virtually eliminate credit card ID theft.  It combines the three security elements of 'what you know' (typically passwords), 'what you have' (in this case your iPhone) and 'who you are' (your fingerprint through Touch ID) to create the safest electronic payment option on the market.

Not to mention it is extremely easy to use, requiring only that you hold your phone in near proximity to the card reader and press your Touch ID button.

While this technological innovation is a great example of a brave company approaching product design, the market reaction by competitors shows what happens when fear drives product development and leads to short-term decision making that harms long-term prospects.

This was chronicled in the New York Times discussion of CVS and Rite-Aid's decision to abandon Apple Pay after only a few days of use. While normally that would be a warning sign for a new technology's future - it is the reason these retailers dumped the payment approach that signals a bright future rather than dread.

As background, these retailers have been working on a payment technology since 2012 in an attempt to avoid paying the large payment card companies and banks fees that can range as much as 2-3% of the transaction total and in an attempt to collect purchasing date on their customers. From the beginning they approached the solution from the mindset of a company attempting to save 2-3% and add it to the bottom-line rather than a company that is focused on creating an easy to use consumer product that solves a problem.

This rival technology is known as Merchant Customer Exchange or MCX and is still months away from roll-out. And rather than a single touch of the cell phone would instead generate a QR code that is displayed on the merchant's checkout terminal. Customers who have already linked their bank accounts to the CurrentC system would scan the QR code from the terminal and the transaction would complete.

So CVS and Rite Aid have chosen to hitch their retail futures to a much more complicated system that is built to serve the merchant rather than the consumer, is still months away from rollout and will likely be irrelevant by the time it gets to market because of the adoption of Apple Pay by consumers.

Tim Cook, Apple's CEO, summed it up best during a discussion at a conference in California:


“In the long arc of time, you are only relevant as a merchant if your customers love you," Cook said, adding that early adoption of Apple Pay was “fantastic.”