An Inside Look at Pixar's Bravery 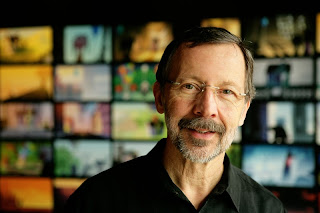 I was excited when I heard that Ed Catmull was releasing a book earlier this year.  It is not as though I knew a lot about Ed, but I had read about him in previous tomes on Steve Jobs and because of the perspective of those other accounts I had assumed that it was Jobs' magic touch that had given Pixar it's DNA.

However, when you consider that Ed has been a constant from the earliest days in Lucas Films to the Steve Jobs run standalone Pixar and now under the control of Disney - you start to realize that he has been a bigger part of the magic than perhaps people really understood.

As a result of this book the spotlight is being shown on Pixar as a business and there have been some great articles of late discussing the magic that is Pixar.  One of the more comprehensive reviews is the recent article in Fast Company.  If you don't have time for Ed's book in the short-term then you must read this article for a nice primer - chances are you'll be wanting more.

The article gives some amazing insights into not only the aspects of Pixar's culture but some of what created and continues to sustain that culture.  It is important to understand some of those aspects because they have been extremely successful.  Consider the following:
Some of the great quotes from the article that provide insights into a brave organization include....


"They threw you into a lot of different things to try and eliminate fear from the creative process," he says. This meant improv classes, drawing classes, learning from people who were the best in their field--all in the interest of attaining confidence in your own artistic ideas. “Fear is the biggest killer of creativity,” Schlumberger says. “In order to cultivate a strong creative environment, you need to make people comfortable in expressing their ideas."