Time Magazine this week featured Google's innovation machine and what Google refers to as "moonshots" or innovation that is 10x greater than anything else in the marketplace.

Another key feature of brave companies or corporate leaders who know the face of bravery are those with a long-term perspective.  They understand that enduring companies are built over long periods of time and not quarter to quarter succumbing to investor pressure. 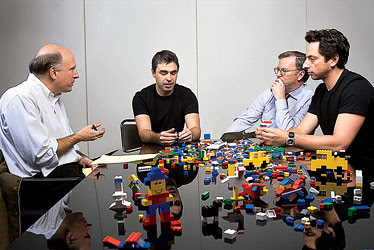 The article had a great quote about Google's view on innovation.  Many companies are more focused on how to incrementally improve on their core products to protect it against competition.  What ends up happening is a myopic view of innovation that prevents companies from making real breakthroughs.  Google's moonshot approach can be summed up in one quote:

That sounds fine when you have tens of billions of dollars to spend on innovation and create many expensive flops but that can't work for all companies.  But the mindset is an important one and practically, even Google takes a rational approach - they don't just throw billions of dollars at a given category:


"Page has also concentrated on avoiding flops like Wikipedia knockoff Knol and Google Buzz, a Twitter clone almost nobody wanted to use.  He has done this in part by ratcheting down the number of new product introductions and axing existing projects in period 'spring cleanings'.  He has in a memorable phrase, declared his intention to put 'more wood behind fewer arrows'."

The Female Executive You Probably Never Heard Of Lynn Tilton is the focus of our current post on corporate bravery and there are a lot of brave things to spotlight her for.  Being a single mom and building a private equity empire or focusing on saving American manufacturing jobs could be the focus of her bravery.  But I am using this post to spotlight her individuality.

Lynn Tilton runs the Patriarch Partners private equity firm.  An $8 billion company that has bought or heavily invested in over 70 - largely manufacturing - companies.  If you want a detailed history of how she got where she is (and it is truly a triumph of the American dream) then go to her Wikipedia page.

As I have been writing my book on corporate bravery one of the key aspects of a brave culture that eschews fear-based management is a support of individuality.  Not just for the people who work for the organization but also the organization's identity itself.

As it relates to Lynn's views on her own individuality and how it translates to women in the workforce as a whole:

“I’ve gotten used to [walking in heels like this]. When people talk about me as a Wall Street, stiletto-wearing chick … the stiletto part is right, but I really don’t consider myself Wall Street. I take pride in being an industrialist. I understand that people write about what I wear and what I look like because it’s an anomaly. But to only focus on those things is to really miss who I am. I’m trying to show women that they need to be women in a man’s world.”

And then in terms of the fund's strategy and the laser focused clarity on creating jobs in situations where smaller companies have lost their focus on their core product and their marketplace:

We feel strongly about buying companies that others would throw on the trash heap, as a way to create jobs, to give people the dignity of work. And what I’m hoping is that I’m going to help make manufacturing sexy and exciting again. 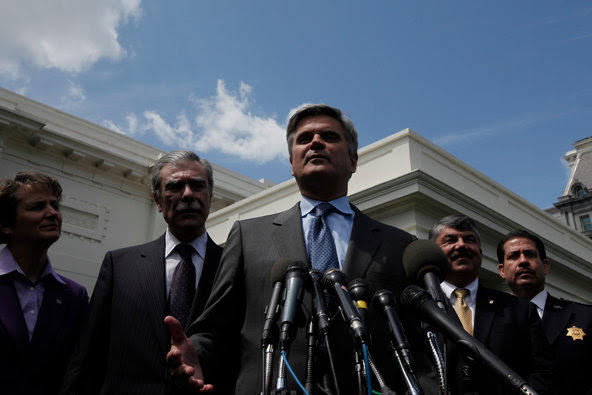 BusinessWeek recently profiled Steve Case's ascension to similar heights that he once reached during his AOL days over a decade ago.  What I found most interesting about this article is how Steve has performed this feat - by embracing the legislative process and helping shape legislation that benefits his business interests.

One of the key elements of fear-based decision making is the role of regulation in a particular industry. As I am writing about in my upcoming book one of the best ways to be brave in the face of regulation is to get out in front of it.  Embrace the legislative process and be a part of it so you can capitalize on the shifts in the market that regulation creates.  While It takes bravery beyond just being engaged in the legislative process (something I will cover in more detail in a later post) being engaged is the first step.

Steve Case has gotten engaged in spades.  Since his time at AOL & the combined AOL Time Warner he has been engaged in the following ways:


These are just his governmental roles and doesn't factor into his controlling interest in Revolution and its collection of companies. 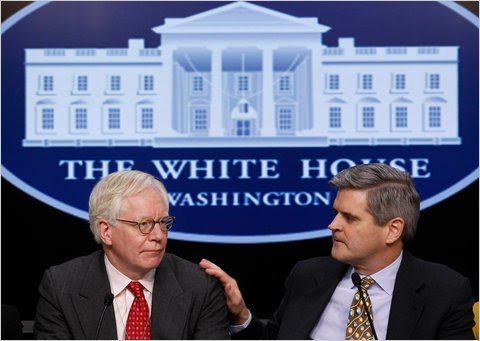 According to the BusinessWeek article, "Case has become a genuinely productive figure in Washington—one of the few bipartisans who can take a meeting with the Obama White House one day and congressional Republicans the next, with actual legislation to his credit."
Not only has Steve Case become engaged in the legislative process but in many cases he is help leading the process and has become a good resource for bringing the two sides together into substantive conclusions.  This year's Congress has become known as the most grid-locked and 'do nothing' Congress that Steve has found a role in helping to bring parties together for progress towards goals.

“He’s really become a very serious and effective advocate,” says Gene Sperling, director of the National Economic Council. “He is not a flash in the pan. He is focused. He is substantive. And he stays at it. There are not that many people who are willing to make a real ongoing commitment of their personal capital to learning the ins and outs of our sometimes crazy world.”  In Case’s political work, there are shades of how he built AOL—not with blazing charisma, but through extreme persistence, taking every meeting and being content with the good instead of the perfect.

Not only is Steve not afraid of the political process but he has embraced.  He has spurned silicon valley as a home and has put down his roots in the Washington DC area where he can be closer to the action and be more effective:


The simplest reason for politicians’ embrace of Case may be that he does not hold them in contempt, the way much of Silicon Valley seems to do. In caricature, tech leaders are libertarians who like to “move fast and break things,” as Facebook’s credo goes, and who look down on people in Washington as their constipated opposites. “They have a total disdain,” says Mark Warner, the Democratic senator from Virginia. “It’s always good to have a healthy disdain for politics. But there’s almost this naive arrogance to it, in the sense that they don’t really want to know how hard it is to get from A to Z.

Case has had a lot to gain personally for all this effort, not just on the Venture Capital side for Revolution but also some of Revolutions's core businesses depend heavily on the flow of foreign workers that are at the heart for his most recent push towards a compromise on immigration reform.

A grateful VC industry is on the receiving end of Case’s efforts. The JOBS Act contained multiple sweetheart provisions for technology companies

At the heart of all this work is opportunity.  Not just to create a stronger legacy but to find new frontiers for his cash and better returns.  His access and influence in Washington allows him to think more strategically about where his investments should flow and capitalize on the likely outcomes of emerging legislation:


Legacy or no, Case sees a huge opportunity at the junction of his two passions, entrepreneurship and policy. He recognized, when few others did, that the Internet would become part of everyday American life, remaking everything from personal finance to advertising. Now Case argues that the last few industries on the brink of being revolutionized by the Internet—health care, education, transportation—happen to be ones in which the government plays a gigantic role in purchasing and rulemaking.

Brief Departure for Thoughts on 9/11

I know we generally talk about corporate bravery on this site but today is reserved for bravery of another kind.  Twelve years ago today many first responders in NY and DC risked their lives and many eventually lost them in a terrible attack on our country.  While you might think that I would reserve this post to salute those men and women who did risk their lives (and I do) the other heroes from that day are all of you for continuing to live your lives without fear of commercial flights, large public gatherings, or anywhere else that terrorists have sowed the seeds of fear.

While sadly, we continue to lose freedoms and sink into an ever more dreadful march towards fear, the United States wasn't founded with that culture but rather one of bravery.  Those early pioneers had a lot to fear but they persevered despite a long and uncertain sea voyage.  Our ancestors persevered despite the British desire to hold onto us as a colony, and again in the face of tyranny and destruction that was the Nazi party and eventually led us into world wars.  They persevered through famines and economic crashes and each time bounced back stronger than before.

So I salute every American today who continues to live their lives without fear of bombs and without feeling the need to add layers of security that only provide a false illusion of safety.
Posted by Darrin Murriner No comments: 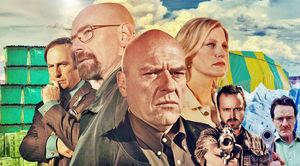 I ran across this great article about David Gilligan, the creator of Breaking Bad, my favorite show on television (just making my biases known), and the managerial lessons we can learn from television show creators in Fast Company magazine.

Some of the highlights include


I will leave you with 1 good quote from the Q&A session that highlights the fact that a successful show must have writers without a fear of rejection / failure - but the article as a whole is a must-read:

A show runner needs to create a safe space. To be a writer in these rooms is to be rejected constantly. It’s brutal. So the ability to inspire people despite rejecting them is really important. A writers room on the one hand is a professional atmosphere, but it’s immensely fraught with all the things you think would happen if you put a bunch of creative, neurotic, striving, competitive, insecure people in a room together and told them to bare their hearts and face rejection or acceptance.