This week we feature two excellent examples of how fear can and has been used both in the public domain and in business.

1. The first example is the tussle between startup Benefits and ADP. By way of background, Zenefits is attempting to shake-up a sleepy industry for HR, Payroll & Benefits software. While most think of ADP as being a payroll company they have become a dominant force in HR and benefits as a result of the relationships they have in corporations big and small.

Zenefits relies on ADP for Payroll to provide a full service technology suite to HR organizations and recently ADP turned off access to ADP technology that is publicly available to other accounting and small technology providers.

Zenefits was not content to sit back and let this happen and after trying to resolve the issue they went on the offensive which is documented in this blog post. The campaign was complete with a hashtag, a petition.org account and targeted media coverage.

One of the statements that stood out to me in the blog post includes this quote that is all to familiar to us at Corporate Bravery:


"we believe ADP is using a tried and true tactic in enterprise software: whenever a new, innovative company enters a market, the incumbent tries to spread fear, uncertainty and doubt about the new market entrant. This tactic is so common it even has an acronym—FUD (Fear, Uncertainty, & Doubt)."


ADP subsequently filed suit against Zenefits for "defamation" as a result of this and other public cries for help that Zenefits used to get ADP to change their approach. According to the Zenefits CEO a 'dirty-harry like' phone conversation preceded the lawsuit.

This article from Forbes has a great summary about how this can and has played out in the past along with how the upstart can gain the upper hand in these fights. All are points covered in my forthcoming book - Corporate Bravery. 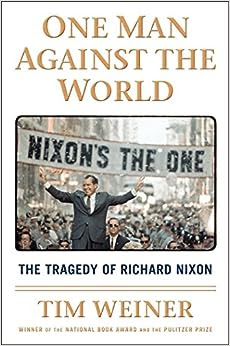 Included in the interview are new insights into some of the more infamous events of the Nixon presidency including the motivations behind wiretapping his aides, the Watergate burglary, and his Vietnam War decisions (he sabotaged negotiations of a peace deal prior to winning election to get the glory for ending the war - leading to another 25,000 lost American lives).

The genesis of these decisions? Fear. It is interesting insight into what can happen on a personal level when fear drives your decision making.
Posted by Darrin Murriner