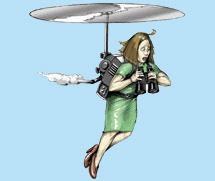 From helicopter parenting to legislating safety in mundane daily activities, our culture continues to try and short-circuit the learning process.

The most recent example of this trend, but in a business context, was an article from the February 11th Wall Street Journal entitled "You're Awesome! Firms Stop Negative Feedback". The premise of the article is that the trend in corporate America is to minimize or avoid all-together any negative aspects of performance and to focus on strengths only. A couple of comments from the article that are particularly striking:


"Commerce company Wayfair teaches its managers how to make feedback 'palatable', according to learning and development specialist Ashley Kibitz, so that the company's hundreds of young workers, "not only understand they're doing a great job but exactly what it is they're doing great."

"No judging, rating or critiquing is allowed at VMWare, says Victoria Sevilla, who develops training for employees there. 'It doesn't depress employees into thinking one more thing to develop, one more thing that's wrong' she says."

Hey, I like the Strengths Finder process as much as the next person, but I don't think this is exactly what they had in mind when they want their readers to focus on their strengths. Ignoring their weaknesses all together is not part of the process.

Don't get me wrong, I think it is important to spend as much time as possible on positive feedback. As a manager I have experienced first-hand the power this has on employees' performance. However, avoiding difficult conversations that need to be had only creates conflicting expectations, eroding performance and / or cultural issues with your team.

While growing up in church as a kid I would hear stories from the Bible about the dreaded disease of Leprosy and only recently realized that those afflicted with the disease lost extremities - not because of the disease itself but because they had an inability to feel pain and thus lost parts of extremities due to repeated injuries. I can't help but think this is the same thing that is happening in organizations employing this approach - but it is our people that are atrophying.

The problem with many of our organizations is that our Managers have a different mindset regarding safety and try and insulate their people from making mistakes either to avoid pain for themselves or for their people. In reality the safety that we need isn’t to not feel pain but to know that when those situations arise our managers will help us learn what caused the pain and thus correct our performance to be successful the next time we step out boldly towards results.

Along that line of reasoning the article provided this counterpoint:

"Leadership consultancy Zenger Folkman have found employees crave critiques more than gold stars." Could it be that they crave honesty and authenticity rather than some sterilized version of the truth. Perhaps we actually want to grow and be better employees?

"It can become an excuse for managers to avoid the parts of the conversation they didn't want to have. Problems can fester and employees will notice when their colleagues aren't pulling their weight."

It turns out we need the pain, the hard truth in order to grow and be better humans or employees and we crave that because ultimately we want to be better - even if the process of change hurts.

Researchers at Johns Hopkins university recently discovered that our ability to perform a physical athletic or creative task isn't entirely about what the body has learned to do right. Instead, we owe our success to the hundred times we've tried to master a skill and failed. "When you're just starting to learn something new, the errors that you experience are helping you learn faster," says David Herzfeld, a PhD student in Biomedical Engineering involved with the Hopkins study.

So stop trying to protect your employees and give them a balanced dose of truth - you never know they may just thank you for it.
Posted by Darrin Murriner